Acting Tips – How to act drunk

It is never advisable to get drunk in order to play a drunk, it is dangerous and disrespectful.
I have known many an actor to stink of booze during Act Two, after a snifter in the interval, I’ve worked with actors who have a cheeky bottle of gin in the dressing room to steady the nerves before curtain up, I’ve even been in a production of Lear where Cordelia was afraid to be carried on in the last scene by a Lear who was, more often than not, sozzled!
It’s not easy acting opposite a drunk, but what is equally difficult is acting drunk when you are 100% sober!
A man’s true character comes out when he’s drunk.
Charlie Chaplin Actor
There are many plays which require you to act ‘three sheets to the wind’. In ‘Abigail’s Party’ the entire cast knock back a fair bit of booze, the character Sue drinks so much that she is throwing up as the curtain falls on Act One. In Laura Wade’s ‘Posh’ the Bullingdon Boys binge away for the entire play! In ‘Who’s Afraid of Virginia Woolf’ we see the character of Martha, a seasoned drinker, go from witty and entertaining in Act One to vicious and argumentative in Act Two and then sad and contemplative in the final Act.

If you are in a play you are going to need stamina and technique to successfully portray a drunk 8 times a week, it is so easy to fall into caricature.
The first piece of advice anyone will tell you is ‘To act drunk you need to pretend not to be drunk’ – there is a lot of truth in this, to convincingly play a drunk you may need to use some reverse psychology as very often a drunk is actually trying very hard to ‘act sober’.
Here are some other factors you need to finesse if you are going to act like a convincing drunk.
How to Act Drunk – Physically & Vocally
Here are some acting tips for when your character has to be drunk during a performance

All of the above will help you to physicalise and vocalise the characteristics of a drunk, but you are an actor and as you know a huge amount of your work is emotional – the character’s emotional journey.
It is important you ask yourself why the writer has chosen to make your character drunk, what are they saying about the character and what is the character revealing about themselves and others.
Martha in Who’s Afraid of Virgina Woolf (above video) is a seasoned drunk and over the course of the play she journeys through different stages of being drunk – your character will fall into one or more of the stages of drunkenness, it is important you understand and explore their emotional journey.
How to Act Drunk – Emotionally
There are four types of emotional drunks and you can switch from one to the other or maintain one during your whole drunk scene, act or the entire play!
Look for why your character is drunk, and why the playwright has made your character drunk – the clues as to what kind of drunk you should be are all there in the script.

Do your homework and honour the text.

The dangers of ‘acting drunk’!

Eugene O’ Neill’s The Iceman Cometh is perhaps the booziest play of all time, set in Harry’s Bar – described by O’Neill as: “a cheap gin-mill of the five-cent whiskey, last-resort variety situated on the downtown West Side of New York.”
The play was staged in 1998 at the Almeida and Hugo Kalmar, the most drunk role in the play, was performed by Nigel Cook who spends most of the four hours of the drama passed out with his head on the table. Here he describes one of the dangers of too convincingly acting drunk:
I suppose it is quite a distinction to have played the drunkest character in the drunkest play in history, though in those circumstances the real challenge is to avoid falling asleep.

It did happen once, at a Monday performance after I’d spent the weekend visiting my father, and had a strange dream that he was appearing in the play alongside me.

Fortunately, I realised where I was before having to utter one of my half-a-dozen lines. But it was one of those occasions when playing drunk becomes a real wake-up call. 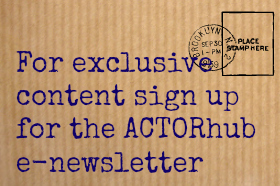 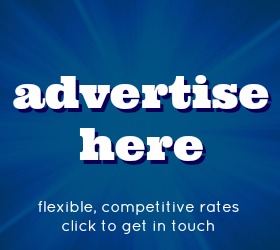